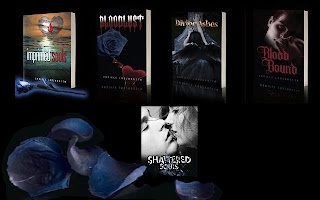 I am so excited to be participating in this cover reveal of Venom by Daniele Lanzarotta. I love her books so much and I can't wait for a sexier Nicholas. To celebrate the reveal Imprinted Souls the first book is FREE the whole month of June for Kindle and Smashwords. So grab this EPIC while you can meet the delicious Nicholas. But before I show you the cover here are some quotes from the first 5 books.

Now for the reveal of Venom: 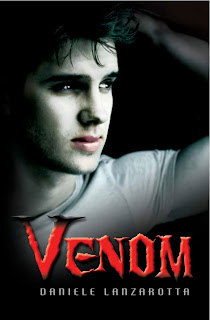 How sexy is this cover?! I can NOT wait for this book to release. Make sure you read the first 5 books before this release so you get to know about Nicholas.

Thanks Daniele for letting me participate in the cover reveal.
~Sabrina
Posted by Sabrina's Paranormal Palace at 12:28 AM