Holiday Ever After Nerd Blast

Today on my blog I have the Holiday Ever After nerd blast. On my stop there is a spotlight and giveaway. 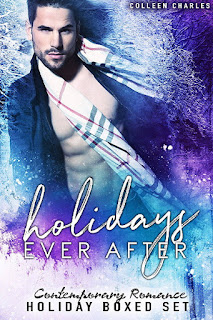 Which holiday hottie will you unwrap first?

No matter the time of the year, it’s always the season for seduction!

From Spicy to Sweet and everything in between, this sizzling boxed set of TWENTY contemporary romances from today’s New York Times, USA Today, and International bestselling authors will give you tons of holiday hunks to fall in love with.
Inside these pages you’ll find everything from sexy strangers and brooding billionaires to marines, firefighters, and the guy next door.

Whether you’re in the mood for a Merry Christmas, a Happy Hanukkah, or a New Year’s celebration, this limited edition Holiday Ever After anthology is packed with exclusive, full-length titles to lift your spirits. From Halloween to Kwanzaa, Valentines Day, Norooz, and the Fourth of July, these stories will give your holiday season extra spark and will be the best romantic holiday bundle to hit your ereader this year!

Get ready to heat up your holidays when you treat yourself to Holidays Ever After! 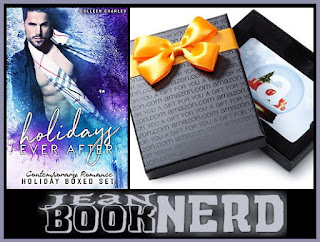 (Must be included in your post).
FANTASTIC NEWS BOOK NERDS!! Everyone who pre-orders Holidays Ever After: Contemporary Romance Holiday Boxed Set gets a free Cookbook with Recipes from the authors, and a FREE Coloring Book (images from the books). You will get 20 books in the box set for .99, a free Cookbook and Coloring Book running from now until 11:59pm (PST) on December 5, 2017.

All you have to do is email your final order confirmation number to www.holidayseverafter.com.

Thank you for stopping by my blog today. I would also like to say Thank you to Jean for letting me participate in this nerd blast. Don't forget to enter the giveaway below.
~Sabrina
a Rafflecopter giveaway
Posted by Sabrina's Paranormal Palace at 12:12 AM 1 comment:

Today on my blog I have the Children of Rufuge nerd blast. On my stop there is a spotlight and giveaway. 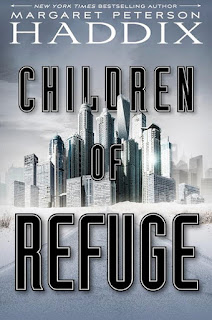 After Edwy is smuggled off to Refuge City to stay with his brother and sister, Rosi, Bobo, and Cana are stuck alone—and in danger—in Cursed Town in the thrilling follow-up to Children of Exile from New York Times bestselling author, Margaret Peterson Haddix.

It’s been barely a day since Edwy left Fredtown to be with his parents and, already, he is being sent away. He’s smuggled off to boarding school in Refuge City, where he will be with his brother and sister, who don’t even like him very much. The boarding school is nothing like the school that he knew, there’s no one around looking up to him now, and he’s still not allowed to ask questions!

Alone and confused, Edwy seeks out other children brought back from Fredtown and soon discovers that Rosi and the others—still stuck in the Cursed Town—might be in danger. Can Edwy find his way back to his friends before it’s too late?

Praise for CHILDREN OF REFUGE

This is a topical thriller that brings heart and thought to the sci-fi genre. ―Kirkus Reviews

The plot twists are multiple, exciting, and completely logical… An excellent dystopian adventure for tweens. ―Booklist 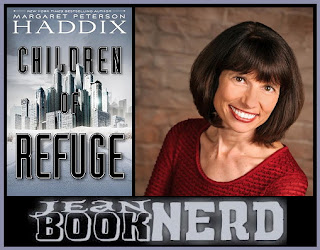 Margaret Peterson Haddix grew up on a farm near Washington Court House, Ohio. She graduated from Miami University (of Ohio) with degrees in English/journalism, English/creative writing and history. Before her first book was published, she worked as a newspaper copy editor in Fort Wayne, Indiana; a newspaper reporter in Indianapolis; and a community college instructor and freelance writer in Danville, Illinois.

She has since written more than 40 books for kids and teens, including Running Out of Time; Double Identity; Uprising; The Always War; the Shadow Children series; the Missing series; the Children of Exile series; the Under Their Skin duology; and The Palace Chronicles. She also wrote Into the Gauntlet, the tenth book in the 39 Clues series. Her books have been honored with New York Times bestseller status, the International Reading Association’s Children’s Book Award; American Library Association Best Book and Quick Pick for Reluctant Young Adult Readers notations; and numerous state reader’s choice awards. They have also been translated into more than twenty different languages.

Haddix and her husband, Doug, now live in Columbus, Ohio. They are the parents of two grown kids.

Thank you for stopping by my blog today. I would like to thank Jean for letting me participate in this nerd blast. Don't forget to enter the giveaway below.


~Sabrina
a Rafflecopter giveaway
Posted by Sabrina's Paranormal Palace at 12:31 AM No comments: