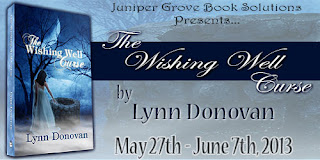 I have todays' stop on The Wishing Well Curse blog tour. I love this cover and the story is very unique. On my stop there is an excerpt, guest post, my review, and awesome giveaway. 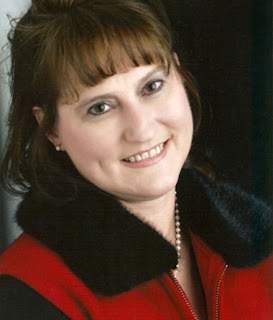 writes from her heart and five decades of experiences she has accumulated as daughter, wife, mother of four, and grandmother of seven when creating her stories. She categorizes herself as the “sandwich generation” because she is caring for her mother who has Alzheimer’s and is one child away from an empty nest. Besides blogging, enjoys reading and writing mainstream fiction and speculative fiction, but you might find a historical romance among her collections as well. She currently lives in Southwest Kansas but looks forward to building a home in . She attends a Creative Writing class at the local college to sharpen her talents and increase her creative juices.

If you could change places with any of your characters for a day, who would it be and why?

My daughter and I have had this very discussion. We both agree we are not sure we could be as brave as Zeke and stay in this house. I think I’d have been so terrified and would have gone to a motel until I got things worked out. There’s no way I would have been able to sleep! And walking out to the well … no way! My first encounter with the ghosts, I’d have ran all the way back to town!
That being said, how COOL would it be to receive this inheritance? This house is amazing. The land is beautiful. A Cadillac Escalade, come on! ’57 Harley! Really? No more financial worry. A chance to start over and do things differently.
Doesn’t everybody dream of winning the Lottery?
Yeah, I’d love to be Zeke for a day. The added bonus for Zeke was discovering a lineage and gaining insight into people he had not understood before. That would be awesome. I know I personally would love to be able to understand stuff from my childhood that remains a mystery to me to this day. Many things have been taken to graves. Oh well, I suppose on the other side of eternity it will all be revealed and understanding will be my gift.
If you think about it, I was Zeke for many months. That’s the way I write. I submerge my mind into the character so that I can write about their doings. I hope the results are a more realistic character. Perhaps, that is WHY I write. I get to be much braver than I really am. I get to do fun, adventurous things, while I’m safely tucked in my own home. How cool is that? Really? 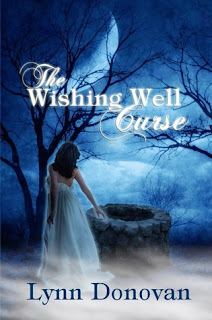 Zeke Clay is down on his luck. He’s lost everything—an apartment, an education, a girlfriend, his job…

When a mysterious letter comes from a law firm in , he decides things just might be looking up. Now he stands to inherit a fortune, but it comes with a price. He must break a family curse and restore true love. What does he know about breaking a curse? And who is this Great Uncle Luther Clayton, who claims Zeke is the one? Can he piece together the clues left by his dearly departed?

Who can he trust? The Apache Indian attorney? Her great nephew? The leather-clad, Harley riding Pastor? Least of all, himself?

What about the Ghosts?

…And why does his three-year-old tattoo bleed every time he gets near the wishing well?

Excerpt:
Zeke merged onto Hwy 71 East. He needed to find a truck stop and settle in for the night. He stared at the sedan in front of him. Suddenly, the car fish-tailed, it spun a full three-sixty and crossed two lanes. He slowed his car and eased over to the shoulder. As the sedan careened into the soft shoulder it began to flip end over end and skid on its side through the grass and weeds. It slid into a water-filled ditch and rolled over onto its top as it disappeared into the black, murky water.
“Oh my God! Oh my God!” Zeke shouted as he jumped from his car.
Circular waves radiated from where the car had landed. He blinked against the acrid stench at the water’s edge and waited. Where was the driver? No bubbles. Nobody broke the surface. Nothing.
“OH MY GOD!” He had to go in that God-awful water. He had to help. He wasn’t licensed. He wasn’t legally obligated and yet—he was. He gingerly stepped into the water. His Doc Martens were fine for greasy floors. Not so great in slimy mud. He slipped and fell backward. Black mud oozed between his fingers as he fought for purchase. When he tried to stand up, he slid down to his thighs. Putrid water soaked into his clothes and splashed up toward his face. Nothing in clinicals had ever smelled this bad. Maneuvering himself best he could toward the center of the ditch, he reached for the car. When his hand touched metal, he took a deep breath and sunk underwater.
Submerged in the green-black water, he could not see. It was disorienting. He found a door handle and pulled it open. Reaching inside, he felt the steering wheel. He concentrated on finding the driver. When his hand reached a potential body, he dug into whatever material he could and pulled with all his might. Something held it tightly in place. The seat belt.
Zeke’s lungs felt ready to burst. He pushed back away from the car and rose to the surface. After he sucked in a deep breath, he returned to the open door. With his fingers, he found the seatbelt latch, and pushed and squeezed until it finally released. Once again, he dug fingers into a shirt and pulled with all his might. This time the guy came with him. The bottom of his shoes slipped against the slimy ditch wall. He fell back against the sedan.
Oh, Jesus. Please help me. He shoved himself away from the car. Somehow his shoes took hold and he pulled the limp body along with him. One step at a time, he dragged himself and the guy until they were both on the grass.
The man lay motionless. Zeke scanned the darkening highway. No cars. No headlights. He pressed two fingers on the guy’s carotid artery. No pulse. He put his ear on the guy’s chest. No heartbeat. And he definitely wasn’t breathing.
“I’ve only done this on Sim-Sam—but I know what I’m doing.” He intertwined his fingers, one hand over the other, and started pumping the chest while counting. “One-one thousand, Two-one thousand, Three-one thousand, Four-one thousand…”
Dusk faded to night. Where was everybody? Why wasn’t somebody coming? “God, please, help me.”
Why he was even saying that at all? Desperate times, desperate measures. Nonetheless, he kept counting and hoping.
Shimmering lights appeared on the horizon. He squinted and prayed they’d stop.

My Review:
Zeke’s life has not been so good he lost his girlfriend, his job, and college plans all within days of each other. But his uncle passes away leaving him a fortune however to get it he has to break the wishing well curse.

This is not my normal type of paranormal book. There is religion in this book that is blended in with the paranormal. It’s not easy to mold those two aspects but does a good job even with her bending of the ghosts and bible. However I did have an issue with the main character Zeke. For some reason I just couldn’t connect to him which caused issues for me while reading. But with that said I did enjoy the other characters especially the Harley riding leather wearing pastor. You just don’t see that and I just loved him. The story line is written so well and I enjoyed all the other characters that I was able to look past my issues with Zeke and truly enjoy this book. 3/5 Bloody Fangs 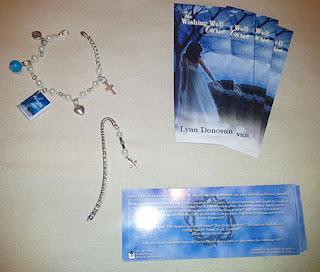 a Rafflecopter giveaway
Posted by Sabrina's Paranormal Palace at 1:32 AM