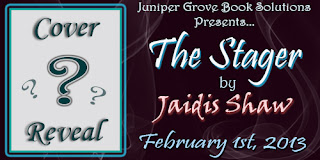 I am so excited to be participating in the cover reveal for Jaidis's new book but before I show it to you let's get to know more about Jaidis. 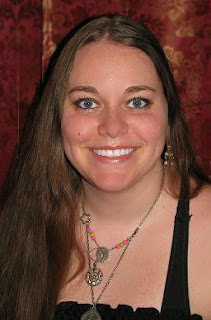 Jaidis Shaw currently resides in a small town located in with her husband and a beautiful daughter. With a passion for reading, Jaidis can always be found surrounded by books and dreaming of new stories. She enjoys challenging herself by writing in different genres and currently has several projects in the works.
When not reading or writing, Jaidis maintains her blog Juniper Grove and helps promote her fellow authors. In addition to her free promotion services, she uses her experience in publicity to offer freelance author services through Juniper Grove Book Solutions.
Jaidis released her debut novel Destiny Awaits in April 2011. In addition to her novel, she currently has two short stories published with Wicked East Press. You can read her latest story ‘Blind Justice’ in the Wicked Bag of Suspense Tales anthology – now available on Kindle!

Now for the cover reveal but before I show you it here are some details about it:
Title: The Stager
Author: Jaidis Shaw
Genre: Paranormal Thriller
Expected Release Date: April 2013

Now it's time to show you the cover: 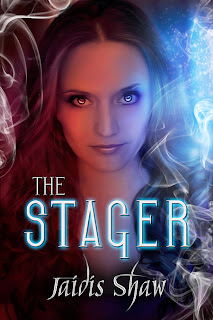 Life is good for assassin Amelia Jay. With a supernatural gift that allows her to appear as anyone she chooses, Amelia views the world as her stage. Distracted by an unexpected pregnancy while on a job, Amelia’s world comes crashing down around her when she is forced to reveal her powers to the only man she has ever cared for.
Kingsley O’Hare may not be in a legal position of power, but under the surface he has the city at his disposal. From drugs to human trafficking, he has gained his fair share of enemies. When he learns about Amelia’s talents as an assassin, he knows he must have her on his team. So when Amelia walks out on his job offer, he thinks she is gone for good. That is, until she is faced with a dilemma and is forced to ask him for a favor.
Fulfilling her agreement with Kingsley, Amelia must decide if she is willing to give up the only lifestyle she has known in order to provide for her unborn child. When the decision is made for Amelia, she must stand up for those who are unable to fight for themselves, even if that means losing herself in the process. Will Amelia’s power be enough to save her?


Victory was mine the day I saw my mother’s essence leave her body and wrap itself around me like a cloak. I had her memories, her skills, and her looks. I could be her forever – if I wanted. I sometimes find myself wondering if there is anything left between us that is redeemable but feeling the extent of her fear and disgust towards me now as it coursed through my veins, I knew there was nothing salvageable left. Instead, I shrugged her essence off of me and watched it return to the motionless body on the floor. The world became my stage and I was determined to play the lead role.
Now, I am anything and anyone I want, because I am a Stager.
I am you.

You may read the complete prologue to The Stager on my blog!

Wow isn't that a great cover and it sounds so good. I can't wait to read it. Thank you Jaidis for letting me participate in your cover reveal.
~Sabrina
Posted by Sabrina's Paranormal Palace at 12:01 AM