Today on my blog I have the Last Chance tour. On my stop there is a spotlight, review, and giveaway. 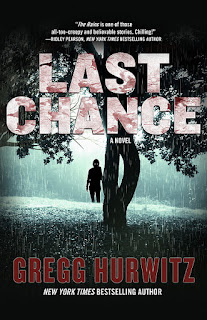 The Rain brothers fight for the survival of humanity in Last Chance, the thrilling sequel to New York Times bestselling author Gregg Hurwitz's YA debut, The Rains.

The New York Times bestselling author of Orphan X, Gregg Hurwitz, returns to Creek's Cause to follow the Rains brothers as they fight an alien threat that has transformed everyone over the age of 18 into ferocious, zombie-like beings, in this thrilling sequel to The Rains.

Battling an enemy not of this earth, Chance and Patrick become humanity’s only hope for salvation.

Review:
I loved this book so much. It was such a roller coaster ride of emotions. I can't talk about the plot as it will be spoilers galore but if you read the first one or just love zombie books in general then definitely read this book and the first one. I promise you will be hooked on these characters and so invested in them and their fight to survive. I was literally on the edge of my seat the whole time while reading. I highly recommend this book. 4/5 Bloody Fangs

Praise for RAINS
“The Rains is one of those all-too-creepy-and-believable stories that leaves you looking in your backyard for the next strange weed to poke through the ground. Chilling!”—Ridley Pearson, New York Times bestselling author 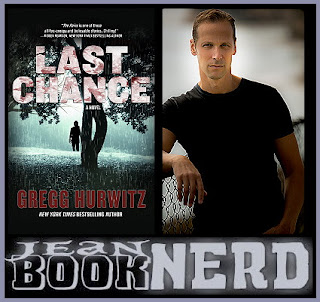 Gregg Hurwitz is the New York Times bestselling author of 18 novels, including HELLBENT (2018). His novels have been shortlisted for numerous literary awards, graced top ten lists, and have been published in 30 languages.

He is also a New York Times Bestselling comic book writer, having penned stories for Marvel (Wolverine, Punisher) and DC (Batman, Penguin). Additionally, he’s written screenplays for or sold spec scripts to many of the major studios (including the upcoming THE BOOK OF HENRY), and written, developed, and produced television for various networks. Gregg resides in Los Angeles.


~Sabrina
a Rafflecopter giveaway
Posted by Sabrina's Paranormal Palace at 12:40 AM