Today on my blog I have The Hockey Saint blog tour. On my stop there is a spotlight, and giveaway. 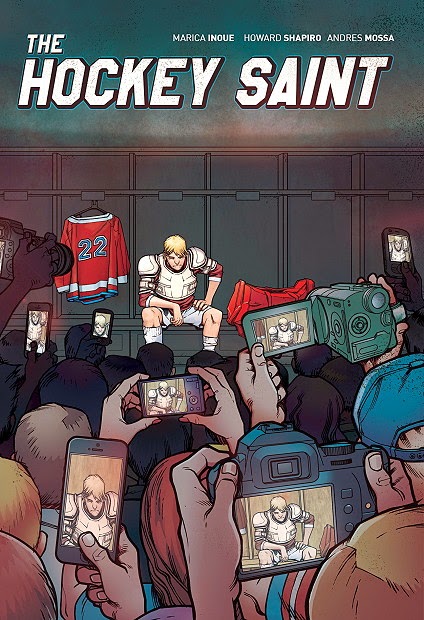 The highly anticipated sequel to "The Stereoypical Freaks" and the 2nd book in the "Forever Friends" Trilogy, this is "The Hockey Saint"

Twenty-one year old Jeremiah Jacobson is the world's best hockey player, but he wasn't prepared for the frenzy and scrutiny that came with that title. Tom Leonard is an average college sophomore... just a guy trying to find his place in the world as he sorts through issues that are both very real and seemingly insurmountable.

Through a chance meeting, these two strike up an unlikely friendship. Their bond is tested when Tom discovers that his idol isn't as perfect up close as he seems from afar. With Jeremiah living a little too much in the moment and with his past catching up to him, will Tom be able to help him before it's too late?


This is the first ever graphic novel I have read and it won’t be my last. I really loved the details in each illustration and I found the story of Tom to be a great read. The author really captures the characters and the problems with his illustrations. I definitely recommend this graphic novel to anyone who loves them and for first time readers like myself. 4/5 Bloody Fangs 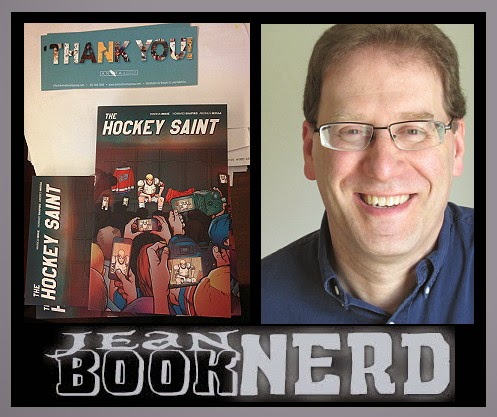 HOWARD SHAPIRO lives in Pittsburgh, PA with his wife and two sons. The Controller for the Pittsburgh-based Visual Effects firm, Animal Inc., he has also written four children’s books and The Stereotypical Freaks will be his debut Graphic Novel. His 2008 book, Hockey Player for Life, has been the #1 downloaded children’s hockey e-book on Amazon’s Kindle chart since its arrival as an e-book in November of 2011. His, Hockey Days book was the only book featured in the December 2007 Sporting News Annual Gift Guide as a Best Buy Gift for Children. Through a corporate sponsorship program he set up (and maintains), since the 2010-11 season, both of his children’s hockey books have been given to NHL teams (over 2,500 copies to date) for use in their community and educational initiatives. Since 2006 his annual charity raffle, which he matches dollar for dollar donated, has raised funds for several hockey-related charities including the Mario Lemieux Foundation, Hockey Fights Cancer and the Keith and Lisa Primeau Scholarship Fund.