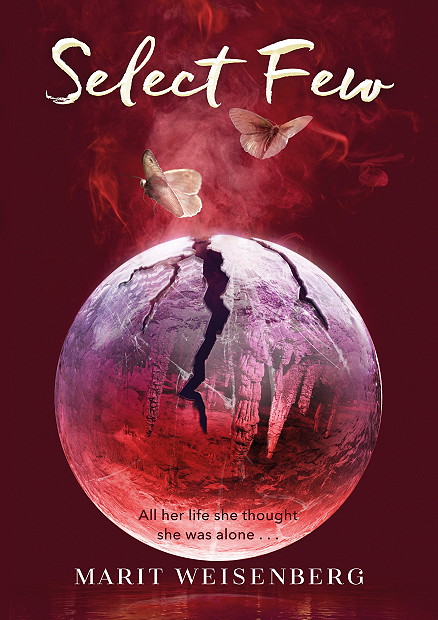 After rejecting the cult-like influence of her father's family, Julia moves into a fancy hotel in downtown Austin. But she finds herself alone except for her boyfriend, John--and her fears. Once again she's suppressing her abilities, afraid her family will come for John when they find out he's been developing abilities of his own in her presence. The FBI is also keeping a close eye on Julia hoping she can lead them to her father, Novak, as he's wanted for questioning in his former assistant's death.

With tensions high, Julia and John agree to go separate ways for the summer, paving the way for Julia to reunite with Angus, fellow outcast. Together they set out on a road trip to California to find Julia's mom and a way into Novak's secret underground world. Along the way Julia will learn the Puri perhaps aren't the only humans evolving into something different. . . and that maybe she's the leader her people have needed all along.

Ten Random Facts about SELECT FEW
(Can be behind-the-scenes or about the book, characters, etc. Whatever comes to mind!)
1. I was very influenced by an article in The New Yorker entitled “Doomsday Prep for the Super-Rich.”
2. I was watching West World on HBO around the time I was drafting and I loved the weird wild west meets completely engineered world. I wanted to bring some of that quality into Julia’s family’s secret location.
3. One of my good friends lives in a cove similar to the one in Select Few but there is no meditation community there!
4. I decided to use The W Hotel as Julia’s new home after visiting a new friend who lived in a residence there. I felt like I was going to visit Eloise at The Plaza!
5. I was inspired by Bonnie and Clyde when I wrote the Angus/Julia road trip sequence.
6. The Rosewood Hotel where Julia check in when she arrives in the San Francisco Bay Area is just a few miles from where I grew up.
7. If there was a soundtrack for this book, one of the first songs would be Tupac’s California Love.
8. Same with Ophelia by the Lumineers. Oh, and Jay Z and Beyonce’s Bonnie & Clyde (Me and My Girlfriend).
9. My editor and I had to figure out how to make Julia’s inheritance legally plausible! The thinking was the FBI would seize everything.
10. I met with an FBI agent to pick his brain. He was so patient and answered a billion questions when I asked him to stretch his imagination and picture a scenario that involved a fugitive group of highly evolved people so it would seem as plausible as possible.

“...mixing mystery with science fiction with a heaping dose of romance." ―Kirkus Reviews 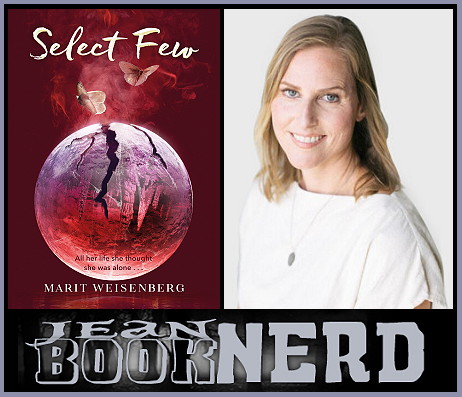 Marit Weisenberg received her BA in English from Bowdoin College and her Master’s Degree from UCLA's school of Theater, Film and Television. She has worked in film and television development at Warner Brothers, Universal, and Disney. She lives in Austin with her husband and two daughters.

Marit’s debut YA novel was Select, and she worked on the first draft of the book over the course of eighteen months during Amanda Eyre Ward’s class ‘Write a Novel in a Year.’ As of now, there are two books in The Select series.


Thank you for stopping by my blog today. I would also like to say Thank you to Jean for letting me participate in this blog tour. Don't forget to enter the giveaway below.


~Sabrina
a Rafflecopter giveaway
Posted by Sabrina's Paranormal Palace at 12:04 AM