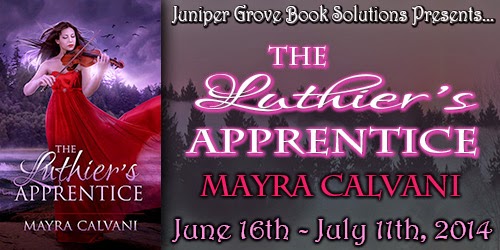 Today on my blog I have The Luthier's Apprentice blog tour. On my stop there is a spotlight, guest post, and giveaway. 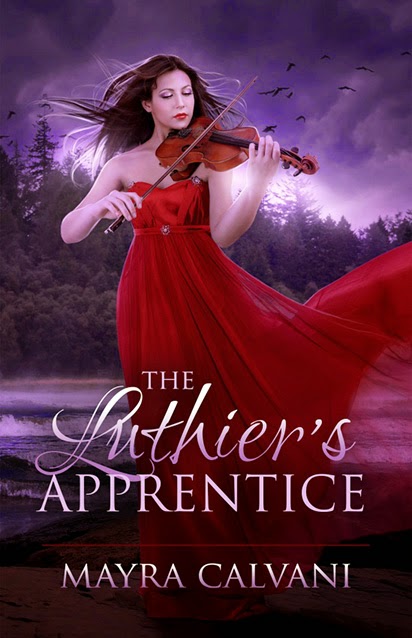 Niccolò Paganini (1782-1840), one of the greatest violinists who ever lived and rumored to have made a pact with the devil, has somehow transferred unique powers to another…
When violinists around the world mysteriously vanish, 16-year-old Emma Braun takes notice. But when her beloved violin teacher disappears… Emma takes charge. With Sherlock Holmes fanatic, not to mention gorgeous Corey Fletcher, Emma discovers a parallel world ruled by an ex-violinist turned evil sorceress who wants to rule the music world on her own terms.
But why are only men violinists captured and not women? What is the connection between Emma’s family, the sorceress, and the infamous Niccolò Paganini?
Emma must unravel the mystery in order to save her teacher from the fatal destiny that awaits him. And undo the curse that torments her family—before evil wins and she becomes the next luthier’s apprentice… 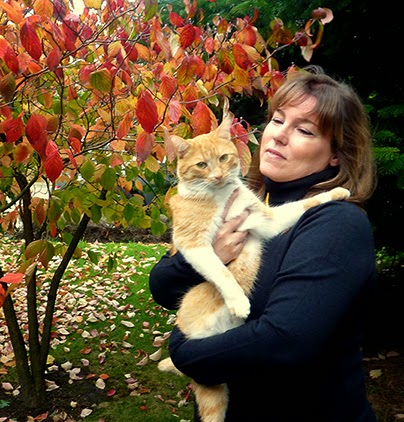 Award-winning author Mayra Calvani has penned over ten books for children and adults in genres ranging from picture books to nonfiction to paranormal fantasy novels. She’s had over 300 articles, short stories, interviews and reviews published in magazines such as The Writer, Writer’s Journal and Bloomsbury Review, among others. A native of San Juan, Puerto Rico, she now resides in Brussels, Belgium.

Guest Post:
“To Plot or Not to Plot,” by Mayra Calvani
First let me just say that there are no rules, and whatever may work for one writer may not work for another. You have to do what works for you. If plotting in detail works for you, do it. If you’re able to write like the wind without knowing what’s going to happen on the next page, go for it. There are countless of great books that have been written both ways.
Nowadays, I like to begin ‘discovering’ the story using Alan Watt’s “Unlock the Story Within” techniques. Once I have a more solid idea of the characters and where I want to go with them, my plotting gets tighter and more detailed, but never at the expense of staying flexible and open to change. In fact, what I love most about the writing process are those surprises that I never saw coming.

For plotting, I love Alexandra Sokoloff’s method and Carol Hughes’ Deep Story method.
The plot keeps evolving as I write. I organically adjust and change things as needed. Einstein once said that it’s impossible to solve a problem at the same level of consciousness that created the problem. Something has to shift. What this means is that I don’t know the whole story when I start writing it. I know part of the story, but I don’t know the complete story—that will only happen after I’ve gotten to know my characters deeply through the process of writing itself (Alan Watt talks about this in his fabulous book, The 90-Day Novel).
I used to be a from-the-seat-of-my-pants writer, but I often got stuck in the middle and the overall result was an unbalanced story. Nowadays, I like to plot ahead, and the outcome is a much tighter, better structured book.
In the case of The Luthier’s Apprentice, however, I completed the first draft in four weeks during Nanowrimo 2007. At that time, it was an experiment. I hadn’t participated in Nanowrimo before. It was an exciting, exhilarating experience, but I knew the manuscript needed a lot of editing and polishing, so I put it aside for a long time. Then I worked on it on and off as I worked on other projects. That’s why it took so long to publish it.
I didn’t plot in advance. I didn’t know what would happen on the next page. I discovered the story and characters as I wrote. Or rather, I let the characters take charge and guide me. Looking back, this was incredibly daring. I don’t work this way now. But, as I said, it was an experiment to shut down my inner critic and it was an exciting challenge.
What about you? Are you a plotter or do you go with the flow?

Thank you for stopping by my blog today. I would also like to say Thank You to Mayra for your guest post and say Thank You to Jaidis for letting me participate in this blog tour. Don't forget to enter the giveaway below.
~Sabrina
a Rafflecopter giveaway
Posted by Sabrina's Paranormal Palace at 12:00 AM