Today on my blog I have the Anthem's Fall Blog Tour. On my stop there is a spotlight, review, random things, and giveaway. 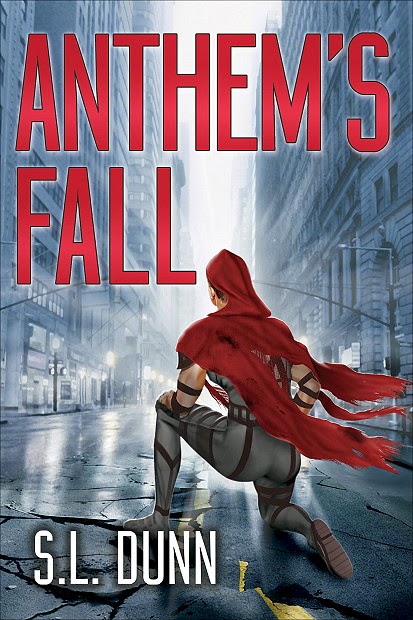 Above a horrified New York City, genetics and ethics collide as the fallen emperor and a banished exile of the same herculean race ignite into battle over the city’s rooftops. In the streets below, a brilliant young scientist has discovered a technology that can defeat them both, yet might be more terrible than either.
Set both in modern New York City and in the technologically sophisticated yet politically savage world of Anthem, Anthem’s Fall unfurls into a plot where larger than life characters born with the prowess of gods are pitted against the shrewd brilliance of a familiar and unlikely heroine.


I wasn’t pulled into this book right away but once the storyline took off for me I was sucked in by all the twists and the two different worlds.

When I started this book I kept wondering how Earth and Anthem which are two different worlds could be connected and when it was explained I was in awe over it. The whole story is just written so well that at times I kept wondering if the technology could actually happen in our time. There is plenty of action to keep the story going and for someone like me who is not tech savvy I wasn’t lost at all. I really enjoyed this book and I am looking forward to more books from S.L. Dunn. 4/5 Bloody Fangs 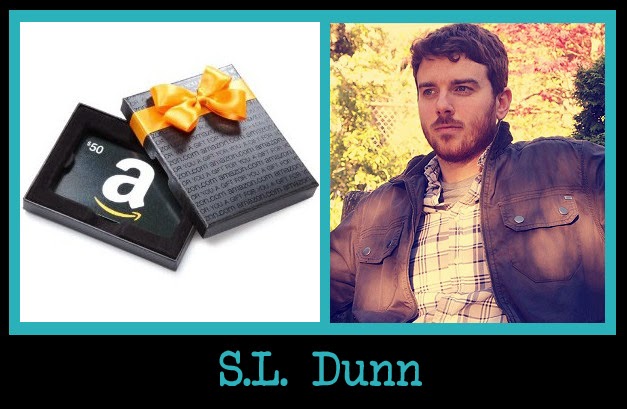 S.L. Dunn is the debut author of Anthem’s Fall, a novel he wrote amid the wanderings of his mid twenties. He has written while living intermittently in St. John USVI, Boston, Maine and Seattle. Raised on big screen superheroes and pop science fiction, he sought to create a novel that bridged a near-sci-fi thriller with a grand new fantasy. He currently resides in Seattle with his girlfriend Liz and their dog Lucy, and is hard at work completing the next book of the Anthem’s Fall series.

5 Random Things About Me:
1) I’ve been a pescetarian for five years, and my mercury levels are probably off the charts.
2) I’ve put 7,000 miles on my Harley Sportster 1200. Mostly on back-roads, I’m not a huge fan of riding on highways.
3) I’ve set foot on twelve national parks in the past four years. US Virgin Islands to Acadia to Grand Canyon to Olympic. Don’t ask me if I have a favorite.
4) In a perfect world my dream job would be the head of creative design at a high-end year round haunted hayride. Maybe in the winter season it could transform to a regionally renowned sleigh ride, funds permitting.

5) My mid-range fitness goal is to either climb Mt. Rainier or pass the qualifying round on American Ninja Warrior. Very unlikely that either will happen, due to the fear of avalanches and the Warped Wall. 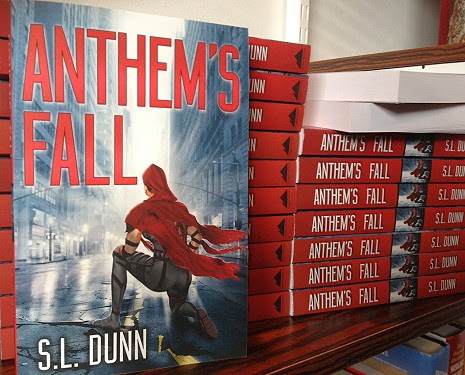 a Rafflecopter giveaway
Posted by Sabrina's Paranormal Palace at 1:08 AM