Today on my blog I have the Splendor tour. On my stop there is a spotlight, review, and giveaway. 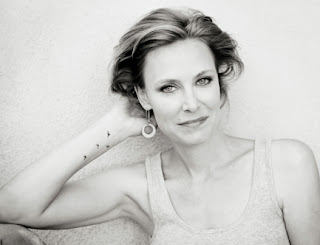 ELANA K. ARNOLD completed her M.A. in Creative Writing/Fiction at the University of California, Davis. She grew up in Southern California, where she was lucky enough to have her own horse--a gorgeous mare named Rainbow--and a family who let her read as many books as she wanted. She lives in Long Beach, California, with her husband, two children, and a menagerie of animals. She is represented by Rubin Pfeffer of the East/West Literary Agency. Sacred is her debut novel. 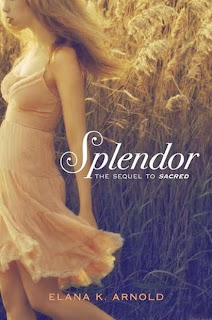 Splendor, the stunning sequel to Sacred, is a story about changing friendships, family, romance, passion, the study of Kabbalah, and self-discovery.

Sometimes the answers we seek aren’t ours to find. . . .


Scarlett loves her boyfriend, the dashing, mysterious Will Cohen. But now he’s gone east for college, and Scarlett is stuck home on Catalina Island. Senior year should be a breeze, but between dealing with her parents’ separation and her wild best friend, Lily, things are off to a rocky start. And then there’s Gunner. Dangerous, dark, ferociously attractive Gunner. Lily’s potential boyfriend, Gunner . . .
Scarlett distracts herself by spending time with her horse and delving into ecstatic mysticism, a way to practice Kabbalah. Through this practice, she hopes to learn to control her emotions, and begin to make sense of her place in the world. But Scarlett’s world is increasingly unrecognizable.
Are Lily and Scarlett becoming too different to stay friends? Is Will still the love of Scarlett’s life, even though she has feelings for Gunner? Does being in love mean only being attracted to one person? The more Scarlett questions, the fewer answers there seem to be.


"As in Arnold’s earlier Sacred, teens will gravitate toward Scarlett and her problems. Arnold has painted a very realistic picture of teenage girls and their conflicting emotions. . . . Fans of the first novel will appreciate continuing Scarlett’s story and finding some closure with this sequel. Readers unfamiliar with Sacred will still be able to enjoy Splendor.”—VOYA


"Will appeal to many teens, especially fans of the Twilight series."--Booklist


"Filled with tension and angst. . . . Readers will be looking for the next installment."--School Library Journal


"A poignant novel of loss and grief, but also of hope."--VOYA

Review:
I was so excited when I heard there was going to be a sequel to Sacred which I loved so I had to immediately get Splendor and start reading it.

There is so much going on in this book from Will going off to college, Scarlett’s parents separating, Lilly who is Scarlett’s best friend is going through a rebellion, the pregnancy of Scarlett’s mare, and the new mysterious guy who moved to the island. But not once was I ever lost in the story line.

I loved this book. All the characters work well with one another even the minor ones. But I did however have an issue with the new guy Gunner. He caused issues with Scarlett and Lilly and it made me worry that he would come between Will and Scarlett also. But as I kept reading I found myself loving the story line even more. And even though I didn’t like Gunner I liked the storyline and I understood why it was put in. I was a little worried how everything would come together but as usual Elana has a way of making it all work and Splendor is no exception.

I love Elana’s writing. Her writing is so beautiful and vivid that she paints a picture with her words that has you completely captivated and longing for more. 5/5 Bloody Fangs 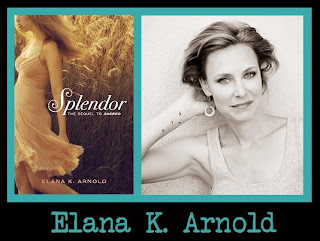 a Rafflecopter giveaway
Posted by Sabrina's Paranormal Palace at 12:06 AM