Today on my blog I have the Bones & All blog tour. On my stop there a spotlight, review, and giveaway. 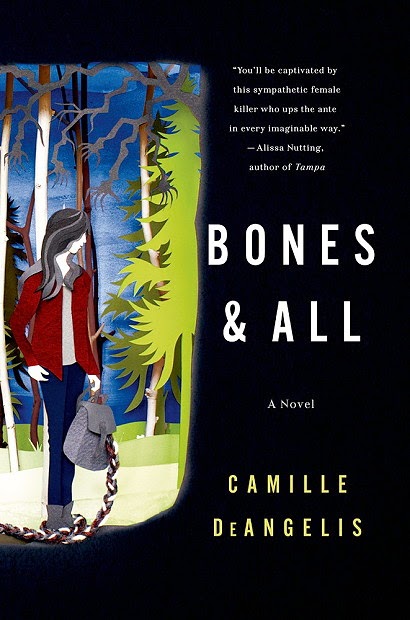 Maren Yearly doesn’t just break hearts, she devours them.
Since she was a baby, Maren has had what you might call "an issue" with affection. Anytime someone cares for her too much, she can’t seem to stop herself from eating them. Abandoned by her mother at the age of 16, Maren goes looking for the father she has never known, but finds more than she bargained for along the way.
Faced with love, fellow eaters, and enemies for the first time in her life, Maren realizes she isn’t just looking for her father, she is looking for herself. The real question is, will she like the girl she finds?


This is one of those sick and twisted books in the horror genre and I absolutely loved every minute of it! I literally could not put this book down it was that good.

The main character Maren has this issue where she eats people whenever they get to close and when this happens her mom and her pick up and move but at sixteen her mom has had enough and leaves her. So Maren does the only thing she can of which is looking for her father. From there the book get even more twisted but as I said before I loved it. The author makes you care and sympathize with Maren in spite of her devouring people. This has become one of my favorite reads this year and I cannot wait for more books from Camille in the future. 5/5 Bloody Fangs 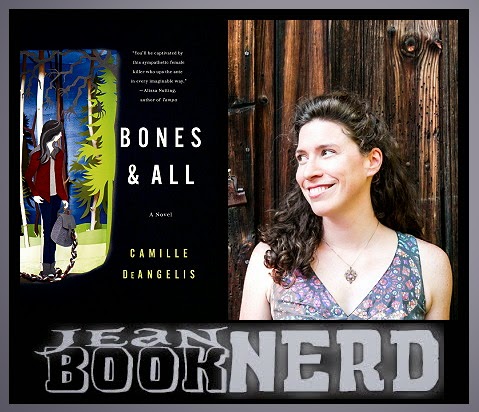 Camille DeAngelis is the author of Bones & All (St. Martin’s, 2015), Petty Magic: Being the Memoirs and Confessions of Miss Evelyn Harbinger, Temptress and Troublemaker (Crown, 2010), and Mary Modern (Crown/Shaye Areheart, 2007), as well as a first-edition guidebook, Moon Ireland (Avalon, 2007). She is a graduate of New York University (B.A. in Fine Arts, minor in Irish Studies, 2002) and the National University of Ireland, Galway (M.A. in Writing, 2005). Her fourth novel, tentatively titled Immaculate Heart, will be published by St. Martin’s Press in 2016. She is a board member of the Writers’ Room of Boston.

A longtime vegetarian, she went vegan in April 2011, and in June 2013 became a certified vegan lifestyle coach and educator through Victoria Moran’s Main Street Vegan® Academy. She is also planning to receive her yoga teacher training in 2015.


~Sabrina
a Rafflecopter giveaway
Posted by Sabrina's Paranormal Palace at 12:29 AM