Today on my blog I have the Pillars of Fire blog tour. On my stop there is a spotlight, six list, review and giveaway. 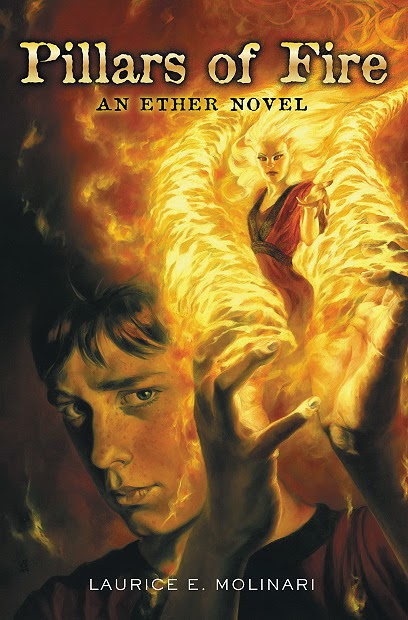 After Vero Leland discovered his true identity in book one, he must continue to maintain his life on earth as a regular 12-year-old kid, which is hard to do when you are really a fledgling, a guardian angel in training to become one of the fiercest of all angels. At any moment, he could be called to the Ether, the spiritual realm surrounding the earth, where he must face whatever trials come his way in angel school, aka C.A.N.D.L.E. (the Cathedral of Angels for Novice Development, Learning and Edification). In book two, part of Vero s training involves the Angel Trials, a set of three challenges where he and his group of fellow fledglings compete with angels from other realms.
But while he is competing in the Ether, back on earth his sister is in trouble. She has a new friend who is leading her down the wrong path. During the third trial, Vero realizes he must choose between saving his sister or winning his competition. But the attack on Clover is only a means to get to Vero, and he finds himself face-to-face with an evil even greater than what he experienced in the Bottomless Pit. Once again, he is tested beyond what any previous fledgling has endured, and how the battle ends will affect not only his grade in C.A.N.D.L.E., but also the fate of the world."


Yet again I started a new series but I messed up and read book two first not realizing it. But thankfully I was able to get into the story rather quickly and figure out what was going on with the characters as to not be lost in the storyline.

Vero is still struggling with trying to come to terms with his destiny as a guardian angel while not in training he is on earth attempting be a normal 12 year old boy. Simple right. Not when you are competing in a trail that has 3 different levels along with other angels who are more advanced than he and his other fledglings are. While this is going on in the Ether down on Earth Vero’s sister is starting to act strange and be disrespectful towards everyone. Which could also be a normal teenage thing to do but when your brother is training to become a guardian angel nothing is as it seems. And soon Vero realizes that what is messing with his sister is none other than Lilith herself. So Vero needs to make a decision to either prove his worth as a guardian angel in the trials or attempt to save his sister.


Vero learns a lot about himself and in this book and grows so much as a character that I can’t wait to read the next book and watch him come fully into his guardian angel powers. I kept thinking to myself while reading this book how do these young kids and teenagers accept their destiny so easy and move from one world to the next without skipping a beat in their lives. I would be so totally lost and not know how to handle this as my destiny but these kids do a great job at accepting this. I am looking forward to reading more on Vero and his friends in the next book. 4/5 Bloody Fangs 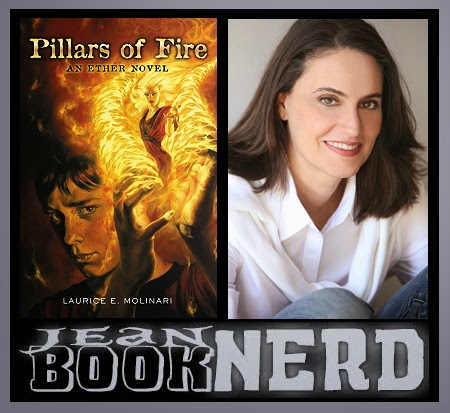 Laurice Elehwany Molinari, a veteran film and TV writer in Hollywood for over two decades, has penned over thirty scripts for various studios and networks. Her very first feature script, written while a fellow at the American Film Institute, became Columbia Picture’s critically acclaimed children’s classic, My Girl. She went on to pen The Brady Bunch Movie and The Amazing Panda Adventure. Laurice lives with her husband and two children in Los Angeles, the City of Angels, where her lifelong love for our heavenly guardians inspired her to write a book about them.


~Sabrina
a Rafflecopter giveaway
Posted by Sabrina's Paranormal Palace at 12:16 AM