Today on my blog I have The Cellar blog tour. On my stop there is a spotlight, random things post, and a giveaway. 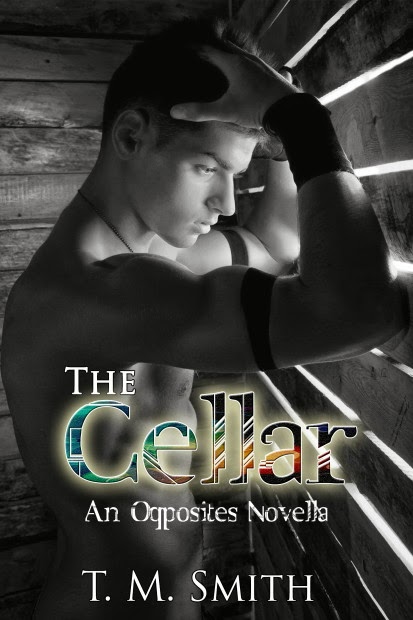 It's time to learn the truth about what happened that day in The Cellar.
Taryn and Thanos are the formidable Ambassadors of House Orion. Taryn was born into power, bred from birth to lead the people of Greece along with his sister Theresa, Thanos was never a part of his mother's plan. The son of a fisherman was not a suitable match for the son of Greece as far as their mother was concerned, but Taryn always takes what he wants.
The Cellar is the story of how these two men met and fell in love, and what lengths Taryn went to, to ensure he kept his man. This novella also contains a more detailed accounting of what happened the night Raven and Tanis went for a walk on the beach, and the adult version of Mistletoe and Mayhem that was initially released as a free short through goodreads.
The Cellar is the second novella in the Opposites series, the series should be read in order.
** Warning, Opposites is an Adult Dystopian majorly M/M series that contains explicit sexual content and relationships between gay, straight and lesbian couples. However, The Cellar is strictly a M/M novella * 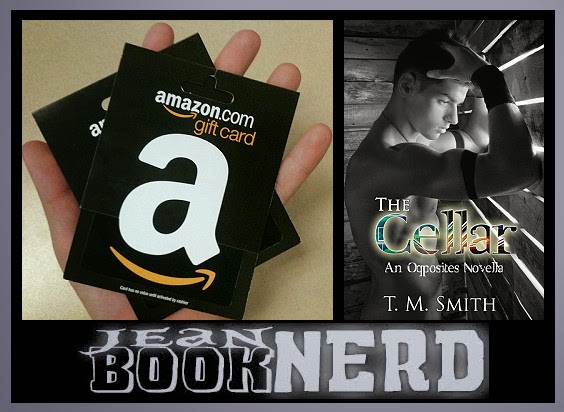 A military brat born and raised at Ft. Benning Georgia; Smith is an avid reader, reviewer and writer. She now calls Texas home from her small town on the outskirts of the DFW Metroplex. Most days you can find her curled up with her kindle and a good book alongside a glass of something aged and red or a steaming cup of coffee!

At 42 years young, she's decided to enter the next phase of her life by adding the title of "author" to her list of accomplishments that includes single mom of three disturbingly outspoken and decidedly different kids, one of which is Autistic. Smith is and outspoken advocate for Autism and equal rights for the LGBTQ community.

Her Opposites series is based outside the normal parameters of social acceptability, examining a 'what if'... What If to be gay or lesbian were the norm? What if to be straight labeled you as an Opposite and made YOU the Outkast?

10 Random Things About Me:
~ My favorite color is pink
~ I could watch the movie Catch and Release every damn day, and not get tired of it
~ I love violin music
~ I am deathly afraid of heights
~ I dropped out of high school in the tenth grade. (Don’t try this at home kids, I did wind up getting my GED, went to college and went back to college later on in life to become a CPhT.)
~ I have way too many pairs of shoes
~ I dated a professional wrestler when I was in college
~ I love the TV show Sister Wives, but don’t tell anyone, it’s a secret
~ I’m obsessed with all things Alice in Wonderland. Any book, movie, TV show they do or spin off the original concept, I’m in, regardless of the genre.


~ I have severe road rage

Thank you for stopping by my blog today. I would also like to say Thank You to Jean BookNerd for letting me participate in this blog tour and say Thank You to T.M. for your random things post. Don't forget to enter the giveaway below.


~Sabrina
a Rafflecopter giveaway
Posted by Sabrina's Paranormal Palace at 12:51 AM