Today on my blog I have the Scandal blog tour. On my stop there is a spotlight, review, and giveaway. 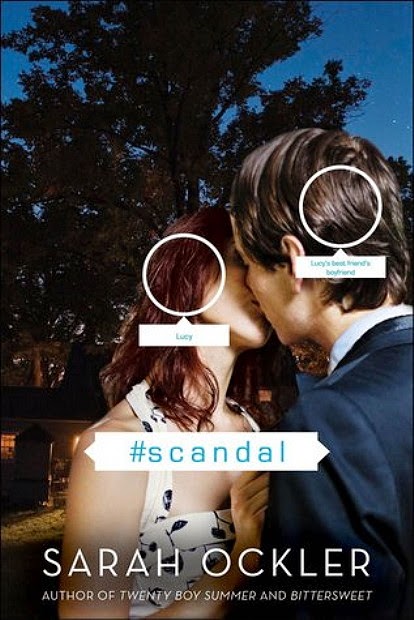 Lucy’s learned some important lessons from tabloid darling Jayla Heart’s all-too-public blunders: Avoid the spotlight, don’t feed the Internet trolls, and keep your secrets secret. The policy has served Lucy well all through high school, so when her best friend Ellie gets sick before prom and begs her to step in as Cole’s date, she accepts with a smile, silencing about ten different reservations. Like the one where she’d rather stay home shredding online zombies. And the one where she hates playing dress-up. And especially the one where she’s been secretly in love with Cole since the dawn of time.

When Cole surprises her at the after party with a kiss under the stars, it’s everything Lucy has ever dreamed of… and the biggest BFF deal-breaker ever. Despite Cole’s lingering sweetness, Lucy knows they’ll have to ’fess up to Ellie. But before they get the chance, Lucy’s own Facebook profile mysteriously explodes with compromising pics of her and Cole, along with tons of other students’ party indiscretions. Tagged. Liked. And furiously viral.

By Monday morning, Lucy’s been branded a slut, a backstabber, and a narc, mired in a tabloid-worthy scandal just weeks before graduation.

Lucy’s been battling undead masses online long enough to know there’s only one way to survive a disaster of this magnitude: Stand up and fight. Game plan? Uncover and expose the Facebook hacker, win back her best friend’s trust, and graduate with a clean slate.

There’s just one snag—Cole. Turns out Lucy’s not the only one who’s been harboring unrequited love…

Review:
Lucy has stepped into the role of prom date for his best friend who is home sick with the flu the only issue is Lucy has been in love with her best friend Ellie’s boyfriend Cole for years now. So agreeing to go with Cole was probably not her best idea but she has never been able to say no to Ellie. But Lucy thinks she will go to the prom and take some photos, dance to a few songs, and be home to play her favorite zombie killing game in no time. She didn’t count on Cole taking her to the after party where everything goes horribly wrong the next day. While at the party not only does she kiss Cole but she loses her phone and somebody has taken a bunch of photos of her classmates at the party and uploaded them to her profile on facebook. Lucy’s whole class is mad at her but the only one she cares about trying to fix things with is her best friend Ellie but in order to do that she needs to find out who took her phone. With the help of some unlikely friends Lucy sets out to find out the culprit.

I liked the characters and storyline even though at times things seemed a little rushed to me. I liked Lucy she reminded me of myself a little when I was in school. We had the same attitude about things. Cole is defiantly a good guy. He is sweet and stands by Lucy through it all. I will defiantly be reading more from Sarah in the future. 3/5 Bloody Fangs 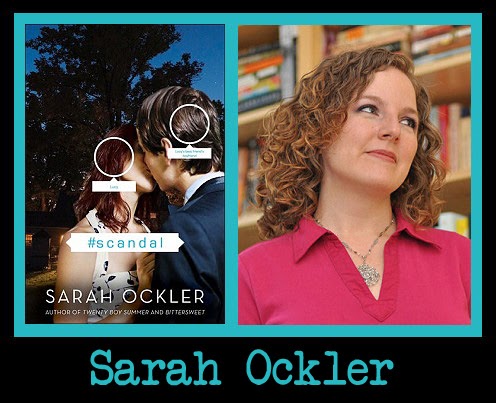 Sarah Ockler is the bestselling author of several books for teens: The Book of Broken Hearts, Bittersweet, Twenty Boy Summer, Fixing Delilah, and the upcoming #scandal. Her books have received numerous accolades, including ALA’s Best Fiction for Young Adults, Girls’ Life Top 100 Must Reads, Indie Next List, Amazon Top Movers and Shakers, and nominations for YALSA Teens’ Top Ten and NPR’s Top 100 Teen Books.
She’s a champion cupcake eater, coffee drinker, tarot enthusiast, night person, and bookworm. When she’s not writing or reading at home in Colorado, Sarah enjoys hugging trees and road-tripping through the country with her husband, Alex. In addition to her website at sarahockler.com, fans can find her on Twitter, Tumblr, and Facebook.


~Sabrina
a Rafflecopter giveaway
Posted by Sabrina's Paranormal Palace at 12:39 AM