It's Day 2 of my 31 Days Best of 2013. On today I have author Gladys Quintal. She is telling us her Top Ten favorite books of 2013, what she h as planned for 2014 book wise, and she is offering up a couple of paper backs of her newest release Succubus (book 4 in her The Dream series) So let's get started and find out what Gladys's top ten books are for 2013:

Book News for 2014:
I am currently writing book 5 in The Dream Series (A Match Made in Hell) and will be releasing that at some stage in 2014. Book 4, Succubus will be released on Dec 1st of this year. 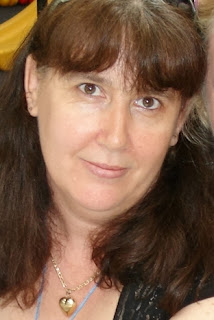 A survivor of sexual abuse, I have recently written the true account of my childhood, titled: Life After Hell: Surviving Sexual Abuse. I have tried to convey what happened to me as well as my journey to finally getting justice.

I also recently published a short story (Why Won't Someone Help Me?) about my health issues and the trouble with getting diagnosed or treated for invisible illnesses. 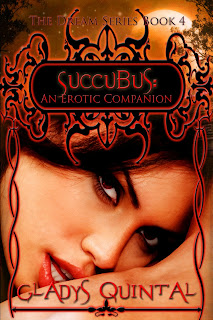 Thank you for stopping by my blog today. I would also like to say Thank You to Gladys for participating in my Best Of 2013 and for offering up a giveaway for all of you awesome readers. So don't forget to enter it below.
~Sabrina

Giveaway:
What is your favorite paranormal creature to read about in the erotica genre? Don't forget to post your email so you can be contacted if you win.
Good Luck!!
Posted by Sabrina's Paranormal Palace at 12:00 AM