Today on my blog I have the Just Myrto Blog Tour. On my stop there is a spotlight, review, and giveaway. 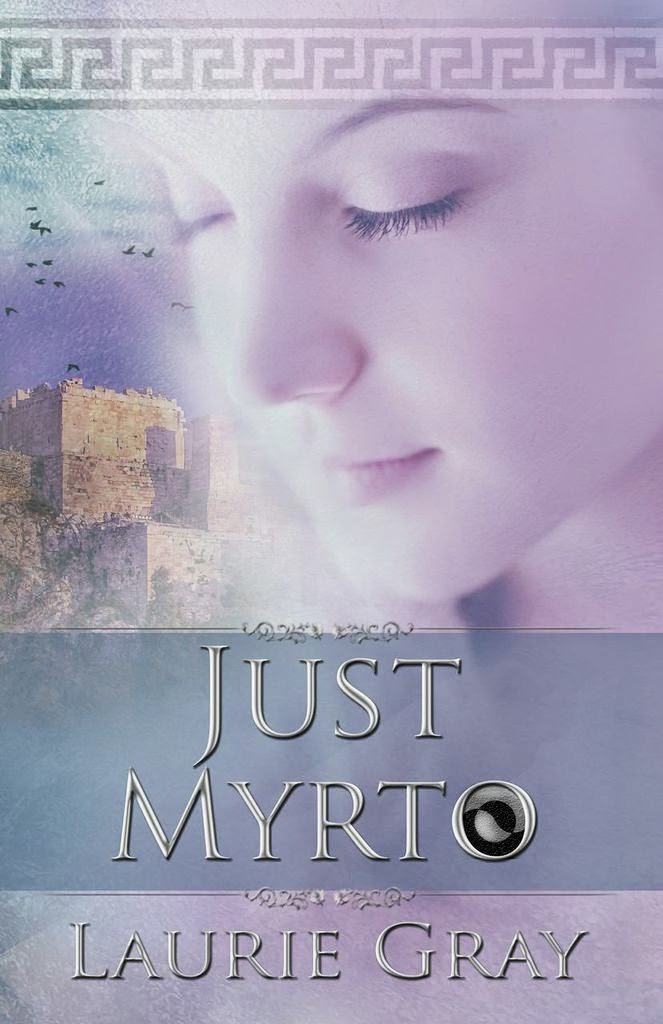 As a young woman in Ancient Greece, Myrto is doubly cursed to have been born both a mortal and a female.
When her father dies, leaving no dowry for her to marry, she wonders whether her brother will find her a husband or sell her into slavery. Although she'd rather have a kind master than a cruel husband, her brother decides to give Myrto to his form teacher Socrates as a second wife.
Being a second wife is not easy for Myrto, and while her new husband treats her kindly, his first wife Xanthippe is nothing but cruel. Myrto spends much of her time away from home in an attempt to avoid being alone with the terrifying Xanthippe, and soon strikes up an intellectual friendship with her husband's student, Plato. Although she wants nothing more than a friend, he has designs on more.
Now Myrto must discover where she belongs in this quickly changing world. Will she accept the lot she has been given by her family, succumb to romantic love, or pave the way for women of the future to live better lives?
As her personal journey through Ancient Greek Metaphysics unfolds, will she always be defined by her relationships with men? Or will she discover the joy of being Just Myrto?


I love books that deal with ancient Greece so I knew I had to read this book and I am so glad I was given the opportunity.

Myrto has been caring for her father ever since her mother’s death. In doing this it has left her older than most girls who have already married. When her father dies he leaves it up to Myrto’s older brother to find her a husband but without dowry to offer this proves to be a hard task for him. He seeks out the advice of Socrates his most trusted friend and they come up with the idea of Socrates to take her as his second wife. But being his second wife is not easy even though Socrates is kind to her Xanthippe, his first wife is cruel to Myrto. To avoid her Myrto spends most her time away from the house and in doing so befriends Plato who is Socrates student. All Myrto wants is a friend but Plato wants more. Now Myrto must decide what she wants most in life.

As I said earlier I love books that deal with Ancient Greece and then the author adds historical figures to the story and I am hooked. Myrto is a figure that I know a little about so it was fun for me to read more about her. I loved watching her grow and mature into the strong, smart, independent woman she becomes and that comes from her following her own heart and then having the courage to move forward.

I highly recommend this book to anyone who loves Ancient Greece and wants to learn more about how life was in those times. 4/5 Bloody Fangs

PRAISE FOR JUST MYRTO:
“What I loved most about this book is how the author resists the temptation of the romantic master narrative. Myrto develops great strength as she learns to think for herself. In fact, I’ve never seen a better depiction of growth in a young woman — from vulnerability and anxiety to confidence and courage.
I highly recommend this book to anyone interested in ancient Greek culture and in a riveting story of female empowerment.”
~Shirley Hershey Showalter, author of Blush: A Mennonite Girl Meets a Glittering World, and former president of Goshen College.
“Laurie Gray crafts a compelling and appealing narrator who shows that despite societal constraints, an individual can create her own life. Complete with delightful renderings of Socratic dialogue and thoughtful looks into the customs and knowledge of the time, Just Myrto is a lively story of some of the most important people of the Classical period of ancient Greece. The depth of Gray’s research shows in the accuracy of the details of daily life, yet doesn’t interfere with the story or get in the way of the readers’ interest in the characters.”
–Tracy Barrett, author of Dark of the Moon
Book Links:
Goodreads
Amazon
B&N
Powells
IndieBound 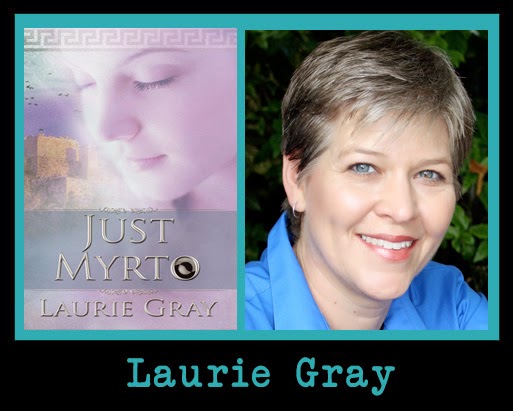 Laurie Gray has worked as a high school teacher, a deputy prosecuting attorney, and the founder of Socratic Parenting LLC (www.SocraticParenting.com). In addition to writing, speaking and consulting, Laurie currently works as a bilingual child forensic interviewer at her local Child Advocacy Center and as an adjunct professor of criminal sciences at Indiana Tech. She has served on the faculty of the National Symposium for Child Abuse in Huntsville, Alabama, annually since 2009. Her debut novel Summer Sanctuary (Luminis Books/2010) received a Moonbeam Gold Medal for excellence in young adult fiction and was named a 2011 Indiana Best Book Finalist. Her second novel, MAYBE I WILL (Luminis Books/ 2013) received a Moonbeam Bronze Medal.


~Sabrina
a Rafflecopter giveaway
Posted by Sabrina's Paranormal Palace at 12:01 AM