Today on my blog I have the Shattered Minds tour. On my stop there is a spotlight, guest post, review, and giveaway. 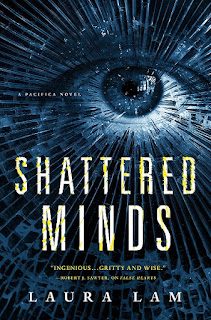 She can uncover the truth, if she defeats her demons

Ex-neuroscientist Carina struggles with a drug problem, her conscience, and urges to kill. She satisfies her cravings in dreams, fuelled by the addictive drug ‘Zeal’. Now she’s heading for self-destruction – until she has a vision of a dead girl.

Sudice Inc. damaged Carina when she worked on their sinister brain-mapping project, causing her violent compulsions. And this girl was a similar experiment. When Carina realizes the vision was planted by her old colleague Mark, desperate for help to expose the company, she knows he’s probably dead. Her only hope is to unmask her nemesis – or she’s next.

To unlock the secrets Mark hid in her mind, she’ll need a group of specialist hackers. Dax is one of them, a doctor who can help Carina fight her addictions. If she holds on to her humanity, they might even have a future together. But first she must destroy her adversary – before it changes us and our society, forever.

Review:
Normally I don't read Science Fiction books but this one sounded so good with the Thriller aspect to it that I had to give it a try and I am so glad I did. I was hooked on this book quickly. The author doesn't shy away from gore, violence, and death. Thankfully I  can read these types of books with no problem but if you have a problem with vivid descriptions of gore then I wouldn't read this. But if you loved the show Dexter and love a good dark and twisted thriller then I highly recommend Shattered Minds.  5/5 Bloody Fangs

Praise for FALSE HEARTS
“Riveting.” ―F. Paul Wilson, New York Times bestselling author
“A multilayered, suspenseful thriller, False Hearts explores themes of identity and power in a breakneck plot that keeps the pages turning.” ―Ilana C. Myer, author of Last Song Before Night
“An ingenious premise, and Laura Lam executes it flawlessly. Gritty and wise, your own pulse will be racing as you get caught up in this exciting tale.” ―Robert J. Sawyer, Hugo Award-winning author of Red Planet Blues
“A taut futuristic thriller, set in a San Francisco where everybody is beautiful... and nobody is exceptional. Two unusual sisters are caught in a war for control of a society that quietly suffocates its outsiders, rebels, and the damaged. Taema and Tila are all three, and their strange past and unique bond make False Hearts a difficult book to put down.” ―A. M. Dellamonica, author of Child of a Hidden Sea
“A smart debut from someone who's clearly got what it takes.” ―Peter F. Hamilton, author of the Commonwealth Saga 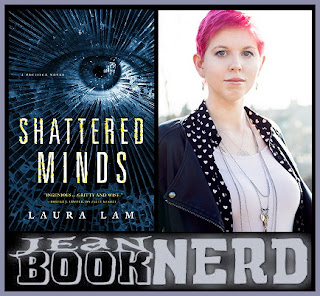 Laura Lam was born in the late eighties and raised near San Francisco, California, by two former Haight-Ashbury hippies. Both of them encouraged her to finger-paint to her heart’s desire, colour outside the lines, and consider the library a second home. This led to an overabundance of daydreams.


After studying literature and creative writing at university, she relocated to Scotland to be with her husband, a boy she met online when they were teenagers and he insulted her taste in books and she insulted his right back. She almost blocked him but is glad she didn’t. She is now a dual citizen, but at times she misses the sunshine.


While working a variety of jobs from filing and photocopying endlessly at a law firm to library assistant to corporate librarian, she began writing in earnest. Her first book, Pantomime, the first book in the Micah Grey series, was released in 2013, which was a Scottish Book Trust Teen Book of the Month, won the Bisexual Book Award, was listed a Top Ten Title for the American Library Association List, and was nominated for several other awards. Robin Hobb says “Pantomime by Laura Lam took me into a detailed and exotic world, peopled by characters that I’d love to be friends with . . . and some I’d never want to cross paths with.” The sequel, Shadowplay, followed in 2014, as well as several the Vestigial Tales, self-published short stories and novellas set in the same world. The third book in the series, Masquerade, will follow in 2017.


Her newest book is False Hearts, a near-future thriller released in June 2016 by Tor/Macmillan and in three other languages. Peter F. Hamilton calls False Hearts “a strong debut from someone who’s clearly got what it takes.” Another thriller, Shattered Minds, will be released in 2017.


She is still hiding from sunshine in Scotland and writing more stories.


10 Favorite Book Covers Ever
I’ll happily judge a book by its cover. Here’s ten that I think are gorgeous, and would happily have other people judge the contents by as well! 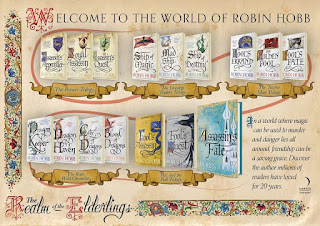 2. Wintersong by S. Jae Jones. Just look at the pretty! It’s also a sexy historical retelling of the Labyrinth, so you should totally check it out. I also really like that the cover has my blurb on it for the UK edition. Designed by Thomas Dunne internally, I believe. 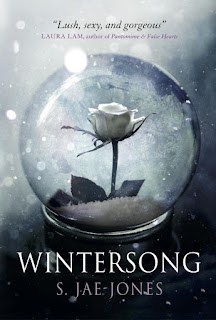 3. The Long Way to a Small Angry Planet – Becky Chambers. I just love how small the person looks with that beautiful space backdrop. Designed by Hodderscape internally, I believe. 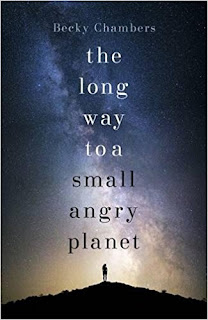 4.Cloud Atlas – David Mitchell. I like illustrated, deceptively simple covers with accents. I’m pretty sure the blue there is in spot foil. So lush! Designed by Kai & Sunny. 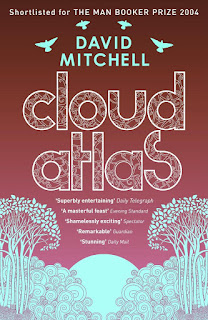 5.The Sorcerer to the Crown – Zen Cho. The paperback is lovely as well, but the UK hardback is something else. Black and shiny gold! So gorgeous. Had to find a picture of the actual book than just a cover to show off its beauty. Designed by Pan Macmillan. 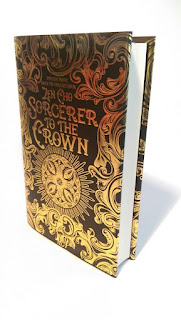 6.Binti – Nnedi Okorafor. I just love the visual. So pretty. Illustrated by David Palumbo and designed by Christine Foltzer. 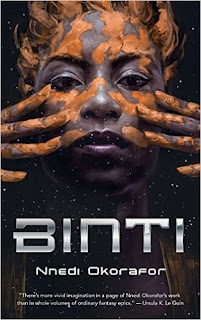 7. The Fire Sermon – Francesca Haig. The harcover of this one was striking, but I really loved the paperback, which was designed by real cutouts! Designer: Alexandra Allden. 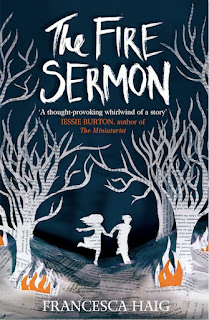 8.The Fables Series – Bil Willingham. The covers for a lot of them are by James Jean, who is one of my very favourite artists! This is a graphic novel series about fairy tale characters who hide among us (especially in New York). 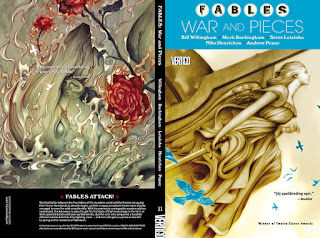 9.Margaret Atwood Nathan Burton covers. He did a wonderful rejacketing where it’s all a monochrome background and then an image that’s part lines and part photograph. So striking! 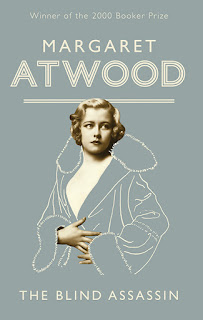 10.My own. Hell yes, I’m going to cheat! Neil Lang has designed all my Pan Macmillan covers in the UK and I love them all. The Micah Grey trilogy is very striking and the hardbacks of False Hearts and Shattered Minds are works of art. Especially False Hearts, with the red edges and belly band! 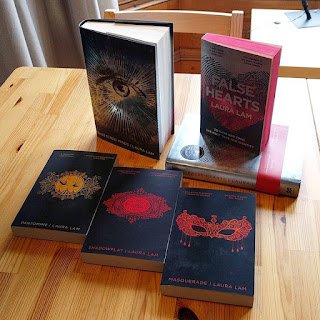 Thank you for stopping by my blog today. I would also like to say Thank you to Jean for letting me participate in this blog tour and say Thank you to Laura for the guest post. Don't forget to enter the giveaway below.


~Sabrina
a Rafflecopter giveaway
Posted by Sabrina's Paranormal Palace at 1:18 AM